The Canon EF 50mm macro lens is the gift that keeps on giving! Not only is it possible to use this lens as an entry-level macro lens, you can also use it to image stars.

I already reviewed this particular lens some time ago, but I’m not satisfied. I still use the Canon EF 50mm macro lens for imaging stars, although I wouldn’t use it for long exposures—more on that later.

Let’s take a gander at the tale of the tape, shall we?

As I stated: just because a lens is a classified as a macro, doesn’t mean you can’t aim it at the sky. As long as the lens can focus at infinity, it can be used to image stars, simple as that. The downside to using a macro lens for night sky photography is a matter of speed—a standard 50mm lens is not only cheaper, but faster (f/1.o-1.8). There is high quality 50mm lenses on the market, but in terms of speed, a cheaper 50mm almost matches them.

I don’t recommend purchasing the Canon EF 50mm macro lens specifically for astrophotography. Purchase a standard 50mm prime of your choice. You can buy one for about $125 (and they’re faster).

I recommend using the Canon EF 50mm macro lens—if you happen to fall under these three categories:

If you happen to own this lens for basic macro photography, and never thought to aim it at the sky, I highly recommend you remedy that ailment. I still recommend purchasing a faster 50mm lens, but hey? You work with what you own, right?

In terms of performance, I would say the Canon EF 50mm macro lens is somewhat disappointing. Bright stars and planets are cursed with a very apparent purplish coma. Post processing can help minimize this hindrance, but it doesn’t hide the fact that it’s still there under natural circumstances. The easiest method to hide this nasty coma is to convert your images to monochrome.

The image of Cassiopeia was taken with the Canon EF 50mm macro lens. I didn’t do any post processing, with the exception of converting it to a JPEG, and maintaining my camera settings. The bright star in the middle of the frame (Navi) suffers from that purple coma curse I mentioned earlier. Gross. 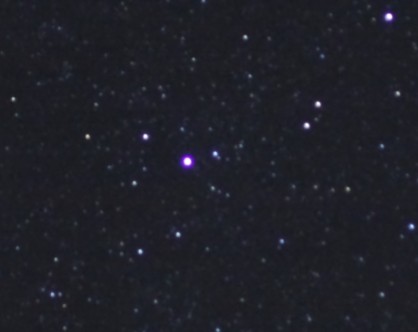 Here’s a crop of Navi. The purple coma is painfully obvious. I don’t think I need to say anymore. 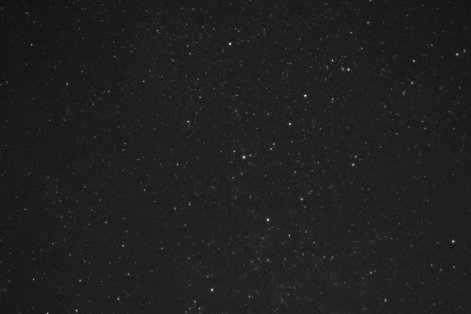 The image above is the same as the colored example, with the exception of it being in monochrome. Everything else is the same (exposure, ISO).

Personally, I prefer the monochrome version. 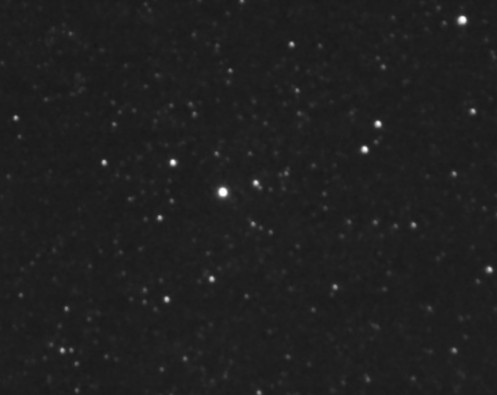 Converting your images to monochrome is certainly a viable tactic. But like I said: it doesn’t necessarily take away the coma—only masks its disgusting presence.

Don’t let the coma discourage you! I still recommend using this lens, especially if it’s all you have. The speed of the lens is fast enough to record bright objects and relatively dim ones, as well. The angle of view (46º) is wide enough for creative purposes. 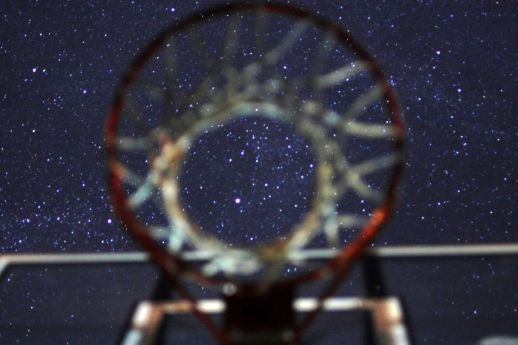 There are plenty of interesting foreground objects that can be squeezed within the frame, no matter if you’re using a full frame sensor camera, or crop sensor. I used a Canon Rebel XSi, which has a 1.6x crop factor.

Despite the increase in focal length, the Canon EF 50mm macro lens is still a viable lens. Take note of your camera’s specific sensor size and work accordingly.

I like the fact that this lens is easy to focus. Some macro lenses focus past infinity, which makes them a pain in the ass to achieve a decent focus. Canon’s EF 100mm macro lens is a great example of a macro lens that focuses past infinity, but the 50mm version doesn’t have that problem.

Depending on what your goals are—the Canon EF 50mm macro lens might be able to fill an astronomical photographic niche. I used this lens many times for imaging stars, but I recommend a non-macro 50mm lens. You’ll have a faster lens and the performance will probably be better, although I can’t necessarily guarantee that will always be the case.

Using a macro lens for astrophotography is far from ideal. If you’re desperate, don’t have anything else, want to experiment—feel free to try any macro lens you happen to have one in your camera bag.

At the very least, even if your images are somewhat crude, you can still study your photographs and learn what the night sky has to offer.