You thought I was lying when I said I knew of a secret imaging technique.

Well? Aren’t you ashamed of yourself? It’s okay—we’re still friends. For now.

Where was I? Ahhh, yes: my secret imaging technique. I’ve read every book published on astrophotography and not one mentions this particular technique that I’m going to share with you. Remember: with great power comes great responsibility. Spread the word of your training, so that others can indulge in the secret that I’m about to share with you.

I’m going to assume you’re familiar with prime focus photography. I don’t want to go into too much detail, but for those that don’t know what the hell I’m talking about—prime focus photography requires that you attach a camera to a telescope. The telescope morphs into a big-ass telephoto lens, to put it simply.

In order to employ this secret imaging technique, you will need the following, young grasshopper.

You may find that you already own the gear that I listed above. A Barlow lens is quite common among nighthawks. For those that are wondering: a nighthawk is someone who is adept at observing the night sky. Yes, I made up that term—feel free to use it. Yes, I know a nighthawk is an actual bird, please don’t remind me.

Truth be told: I don’t know the mechanical function of every Barlow lens on the market. I apologize for my ignorance on this matter, but it’s true. In order for this secret imaging technique to work, you need to be able to un-screw the top barrel from the bottom barrel…if that makes any sense.

In case it doesn’t, take a gander at my pictorial references:

What you see here is a Barlow lens. This one is manufactured from Orion, but there are a variety of other ones on the market. Personally, I like the Shorty-Plus, the smaller profile makes observing sessions much more comfortable (in my opinion). Some Barlow lenses magnify up to 5x, but I don’t have any experience with those. I apologize, once again, for my ignorance. 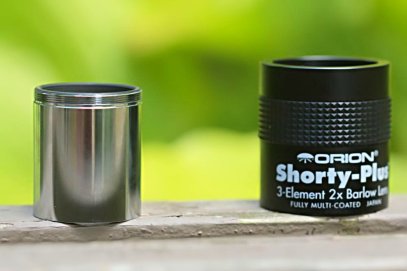 This is what I mean by screwing the bottom barrel from the top barrel. The lens is housed in the metal barrel. The black barrel is where an eyepiece would normally sit. Like I said, I don’t know if the Barlow lens you own is capable of this transformation. If not, feel free to acquire an Orion Shorty. If you don’t own any Barlow lens—the Orion Shorty is a decent deal for its price.

The next item you’re going to need for this secret imaging technique is a T-ring. Also known as a T-ring adapter, or T-adapter—this magical piece of metal’s responsibility is to attach your camera to your telescope. An easy job, but an important one. You’ll need to obtain the appropriate T-ring that is suited for your particular camera, if you don’t already own one. I’ve seen them range for around $15-20.

One Ring To Attach Them All

See that gigantic ring? That’s a t-adapter. Or a T-ring, or whatever the hell you want to call it. Not much to it, but enough to get the job done. It’s self-explanatory how to attach the camera to the telescope at this point, but allow me to offer some words of warning:

**if you physically screw the camera to the telescope at this point, the camera’s sensor will become dirty. There’s no escaping the worldly debris. Use caution when attaching your camera—make sure the threads are secure before you screw it on. Don’t grind the threads!!!**

There are universal adapters that can be used instead of screwing the camera directly to the telescope. However, the secret imaging technique can’t be used with a universal adapter. You’ll see why in a few moments.

Once you have your camera, T-ring, and telescope—it will look a little something like this:

However—there’s an extra step that you can employ to increase the magnification of your prime focus.

Here’s where the fun begins! Before you attach your camera to the telescope, place your Barlow lens inside the telescope’s barrel—the area where a star diagonal would normally be.

That’s my Barlow lens in the midst of stuffing itself inside my telescope. Doesn’t it remind you of Winnie the Pooh? Woo hoo! Ummm…yeah.

Anyway: you’ll need to stuff your Barlow lens in as far as the threads of your telescope barrel. Otherwise, you won’t be able to attach your camera. Obviously.

Wow! Ain’t that fantastic? Take a look at that. Only a supreme dumbass would use a Barlow lens like that…right? Wrong! This is another reason every prospering Nighthawk should obtain a Barlow lens: magnification, baby.

Now is the time to attach your camera to your telescope. Simple as that.

Show Me the Proof

You might be thinking: Well, so what? Why would I do such a thing? A Barlow lens should never be used like this!

Don’t be such a pessimist! Let’s take a gander at how much of a magnification boost that’s involved with this peculiar use of a Barlow lens:

The image above shows a waxing gibbous Moon (unaltered)

So much that I can’t fit the moon’s fat face within the frame of my camera. I used a Canon Rebel XSi, a crop sensor (CMOS) DSLR, which exaggerates the magnification, compared to a full frame DSLR. Keep that in mind.

All my images in this post have been processed. I used a telescope with a 1300 focal length to acquire all these images. The longer the telescope’s focal length, the more exaggerated the magnification will be.

This Barlow hack is a nice trick to use if your telescope is a focal length weakling.

For a single frame shot, in my opinion, the results are not too bad. However, you’re not limited to just the moon. I’ve used this secret technique to image solar sunspots, planets…and that’s about it. I think.

I cropped this image along the moon’s terminator. I like the crater that’s completely bathed in shadow toward the far right of the frame. Glints of sunlight highlight its existence along the rim. 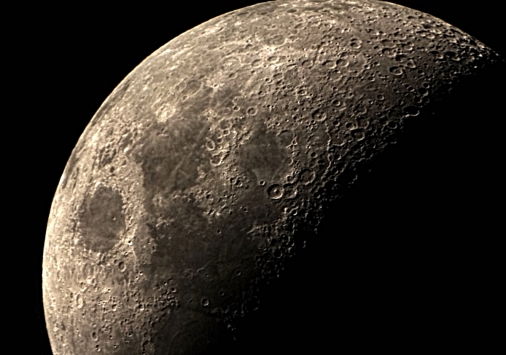 Normally I’m not into cropping, but in astronomical circumstances—cropping is a useful tool. Some people may not agree with me, if I were you, I wouldn’t listen to them. Listen to me: crop with purpose. Have an objective, and if cropping helps to achieve that objective, so be it.

Here’s Venus once again. This time a different phase, but I used the same method I described above, to obtain this exposure.

Here’s another image of a planet. This time the King of Planets—Jupiter. Single frame image, crop, magnification enhanced. That’s all there is to it. Besides post-processing, but that’s  an issue for a different day.

Solar photography should only be attempted if you know what you’re doing. People have burned their eyes out of their orbital sockets—true statement. Respect the sun, kids. Notice that huge sunspot cluster? No? Allow me to show you. 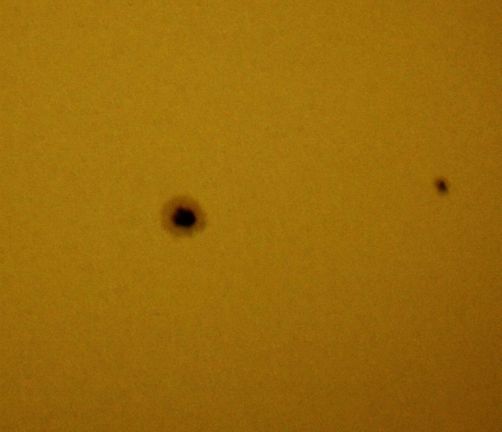 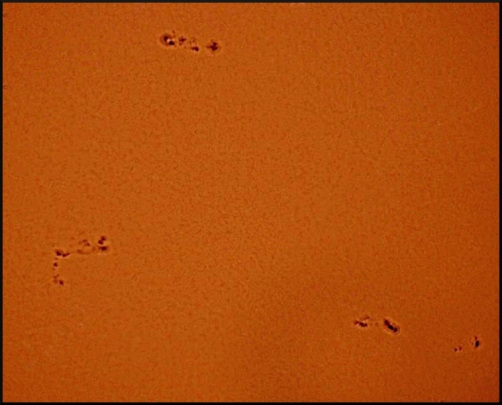 Well? Is your life forever changed?

There are endless uses for this secret imaging technique. The power is within your creativity. I didn’t think I would be able to image any planetary detail with my telescope, especially at prime focus. With a little help from a friend named Barlow—anything is possible.

I’m going to go ahead and call this secret technique—The Barlow Boost. Use this secret to your advantage, young grasshopper. Tread lightly into the future, keep an eye on the sky, and always remember the imparted wisdom that supports your ascending greatness.